It’s that time of year again when we wean the calves from the cows. They are about 7 months old now and not getting much milk from their moms anymore so it is time to bring them in and give them some better feed. We brought the herd home about 10 days ago, sorted calves from cows and put the two-stage weaning nose paddles in the calves. 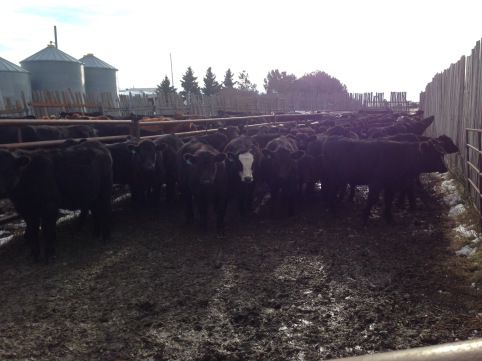 Calves coming up to the chute

We also vaccinate the calves at this time. Then the calves were put back with the cows and they all went back out to pasture.

This way the calves get used to life without milk while their moms console them.

The calves stick close to their moms for the first day or so, and we see lots of moms grooming their babies

A week later we brought them back into the corrals, sorted again, ran the calves back through, took the nose paddles out and put them into a corral on their own with good grass hay. The vet also came to check the cows to find out which ones are pregnant and which ones are not.

There is usually a couple of calves that pull out their nose paddle and usually a few more which sneakily figure out how to suck the cow with the paddle in their nose, but for the rest weaning is a much easier and less stressful process.

The cows still have a hard time giving up their babies but usually after a couple days they are ready to move out.

After the cows are gone from the yard, we let the calves out of the corral into a nearby pasture where they have access to hay and some grass but have some shelter from the elements. 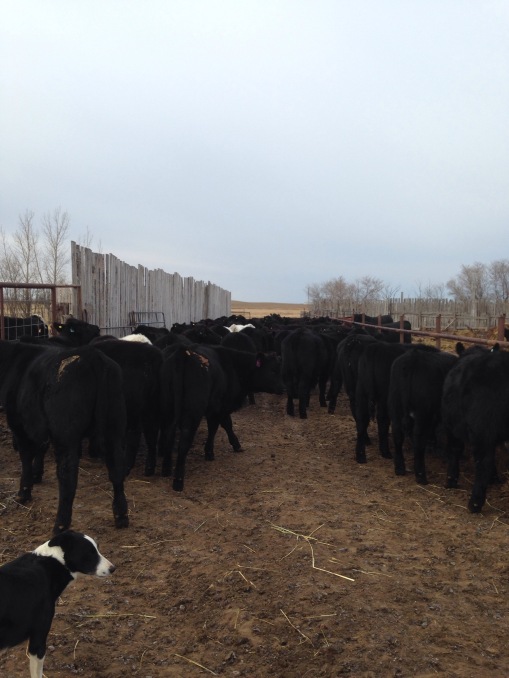 These calves will stay on a hay diet until next spring when they are sold.